Winter Travel Destinations: 11 ideas for a Vacation in Europe

As days become shorter and the cold is truly settling in, most of us start diving into our summer holiday memories. No need for sadness! Winter vacation can also be full of exciting experiences. Traveling in Europe when the temperature drops even has its advantages. The prices compared to the summer season are lower, tourist attractions are not as crowded, and there’s a wide variety of activities.

From polar nights, snowy mountaintops and Christmas markets, to mild Mediterranean climate and carnivals, winter in Europe has many shapes and forms. Here are 11 ideas where to travel in Europe in the cold season.

A trip to Budapest can be a great winter weekend getaway. The Hungarian capital is famous for its royal architecture, culinary heritage, active nightlife, and SPA treatments. In winter, Budapest’s scenic central park turns into a huge ice rink, where families with kids as well as couples looking for romance come to spend their time. 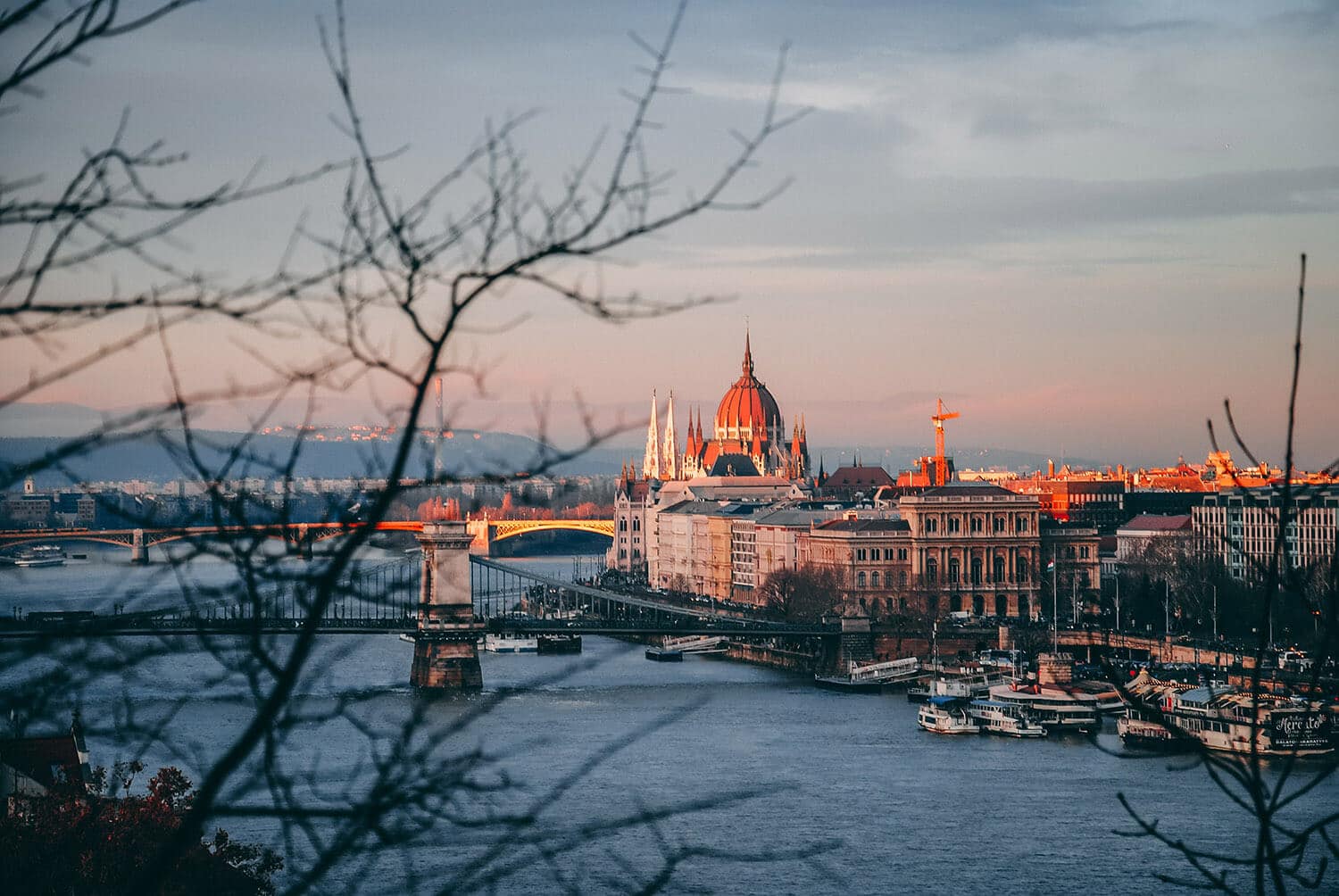 If you’re struggling to warm up, try one of many SPAs. Budapest has 118 natural geothermal springs: no wonder the city’s bath culture reaches as far as the Roman times. Széchenyi thermal bath is one of the most popular in the city: it’s also the biggest SPA complex in Europe, containing 3 outdoor and 15 indoor pools as well as lots of various saunas. 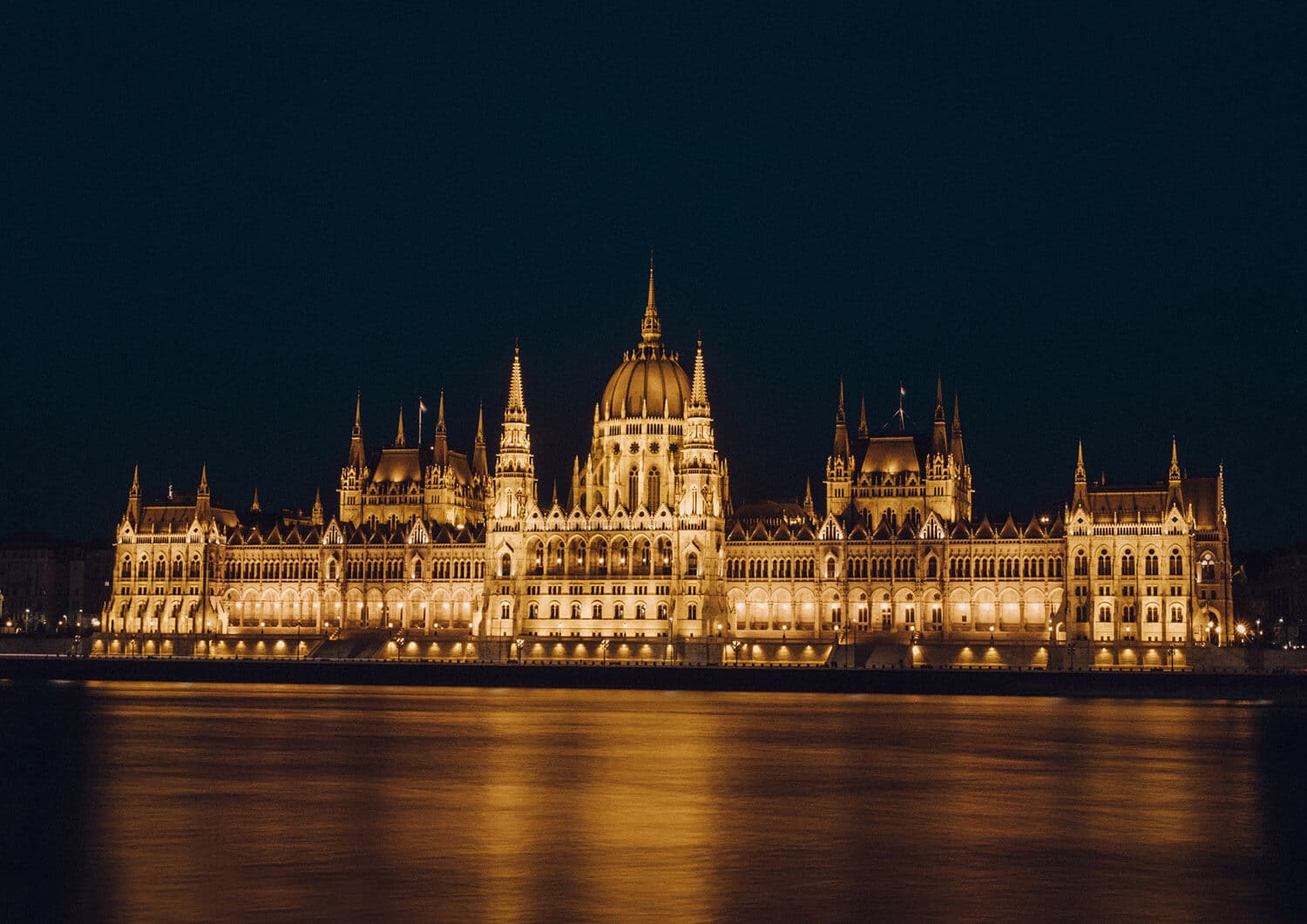 Famous for its astonishing old town, Prague is an excellent destination at any time of the year. However, in winter, one can roam around the narrow alleys, and visit the almost empty museums and castles. As the temperature drops, the prices go down as well. Sitting down in one of the many cozy pubs in Prague is a good idea for those who want to experience the local life. The world-known Czech beer is both tasty and cheap. 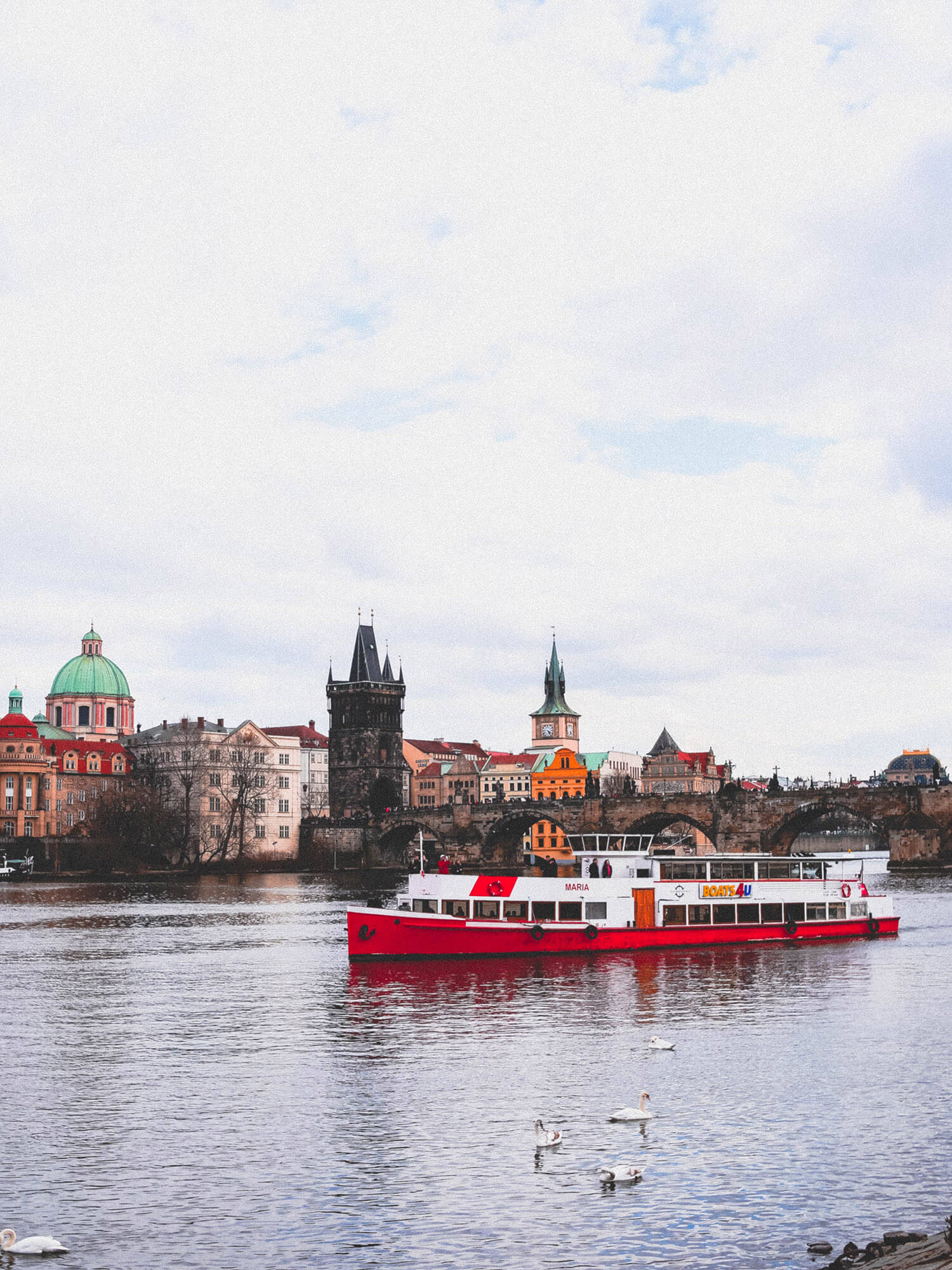 Christmas period in Prague is marked with twinkling lights and Christmas markets. The biggest ones are located in the Old Town and Wenceslas square, others pop up in the Republic square, Havel market, and Prague castle. 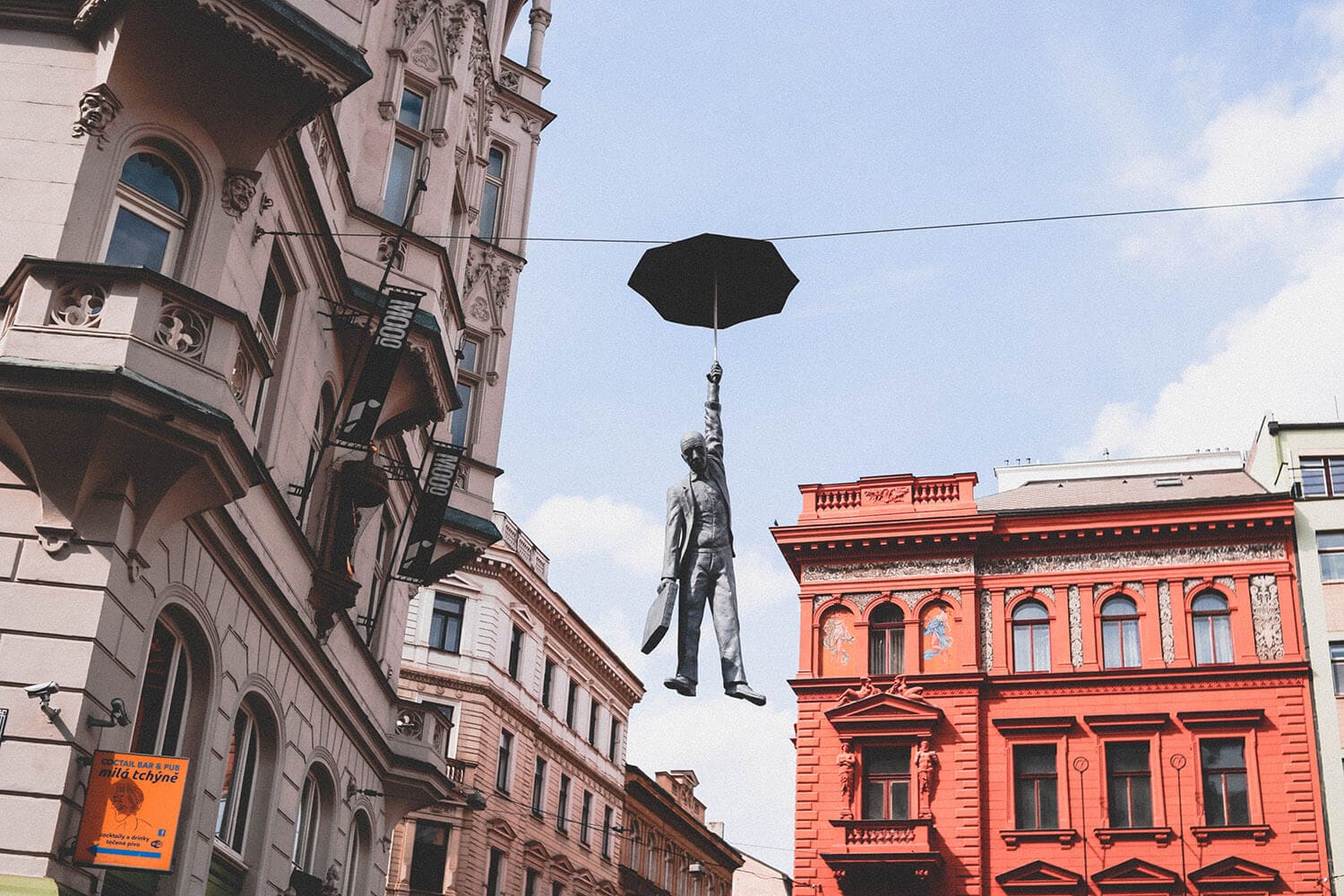 The unofficial capital of Côte d’Azur, Nice turned into a popular summer resort only at the beginning of the 20th century. Until then, the French Riviera was a winter destination. The European aristocrats (even the Queen of England herself) used to come here looking for a milder winter climate. December days in Nice might warm up to 10-15 °C. Even though it will be too cold for sunbathing, the long walks along the coastal promenade in this weather might be quite pleasant. 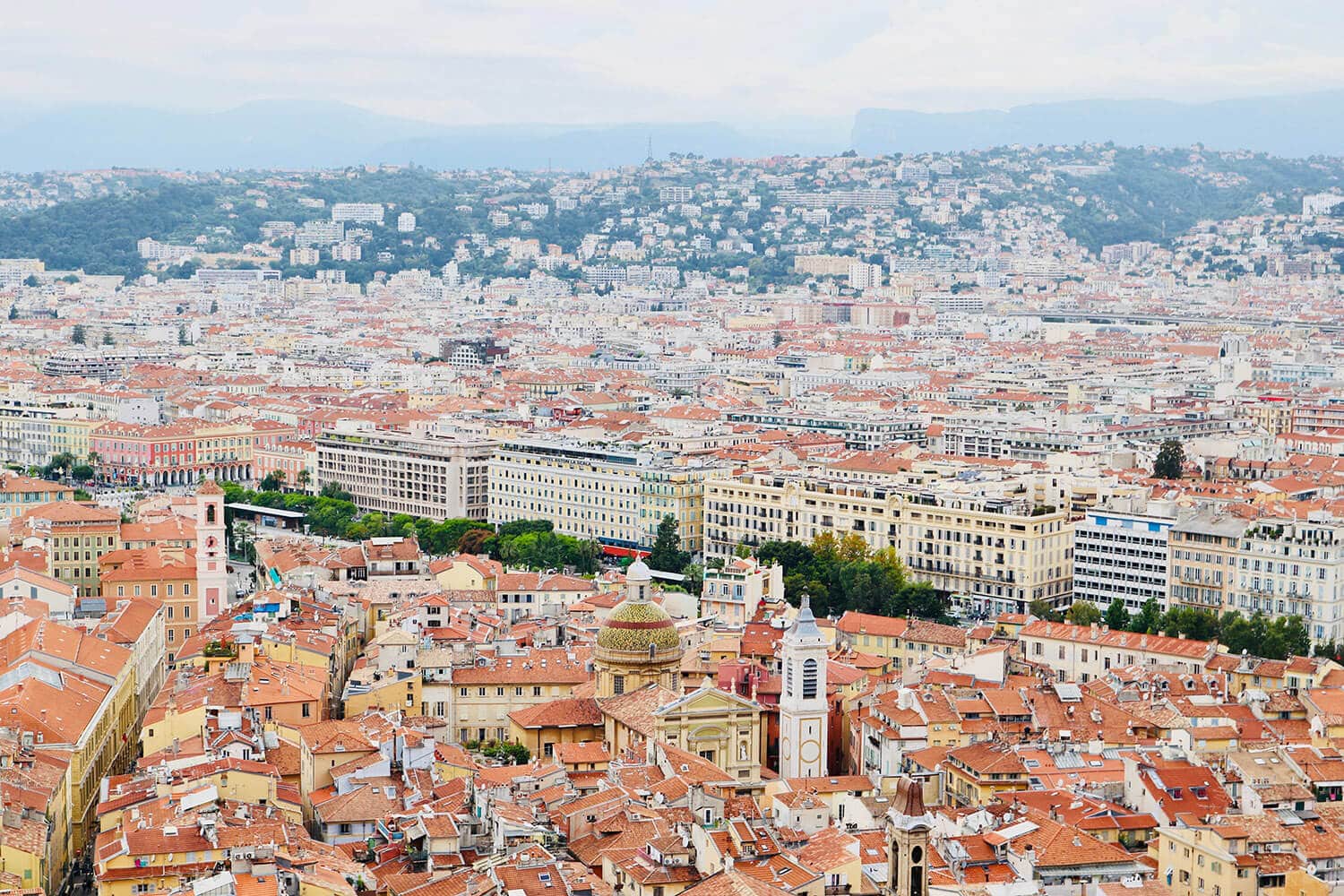 Nice holds a rich cultural scene as well. All year round you’ll find plenty of exhibitions, concerts, and the city’s opera is open for the winter season as well. In February, Nice is hosting a rather spectacular carnival.

If you don’t find Côte d’Azur warm enough, the Spanish Canary Islands is a fabulous sunny destination. In Tenerife, which is the biggest of the islands, the temperature in January rises up to 20°C, and the Atlantic water is never freezing. Situated along the African coast, Tenerife is proud of its Spanish culture and is easily accessible from most European cities. 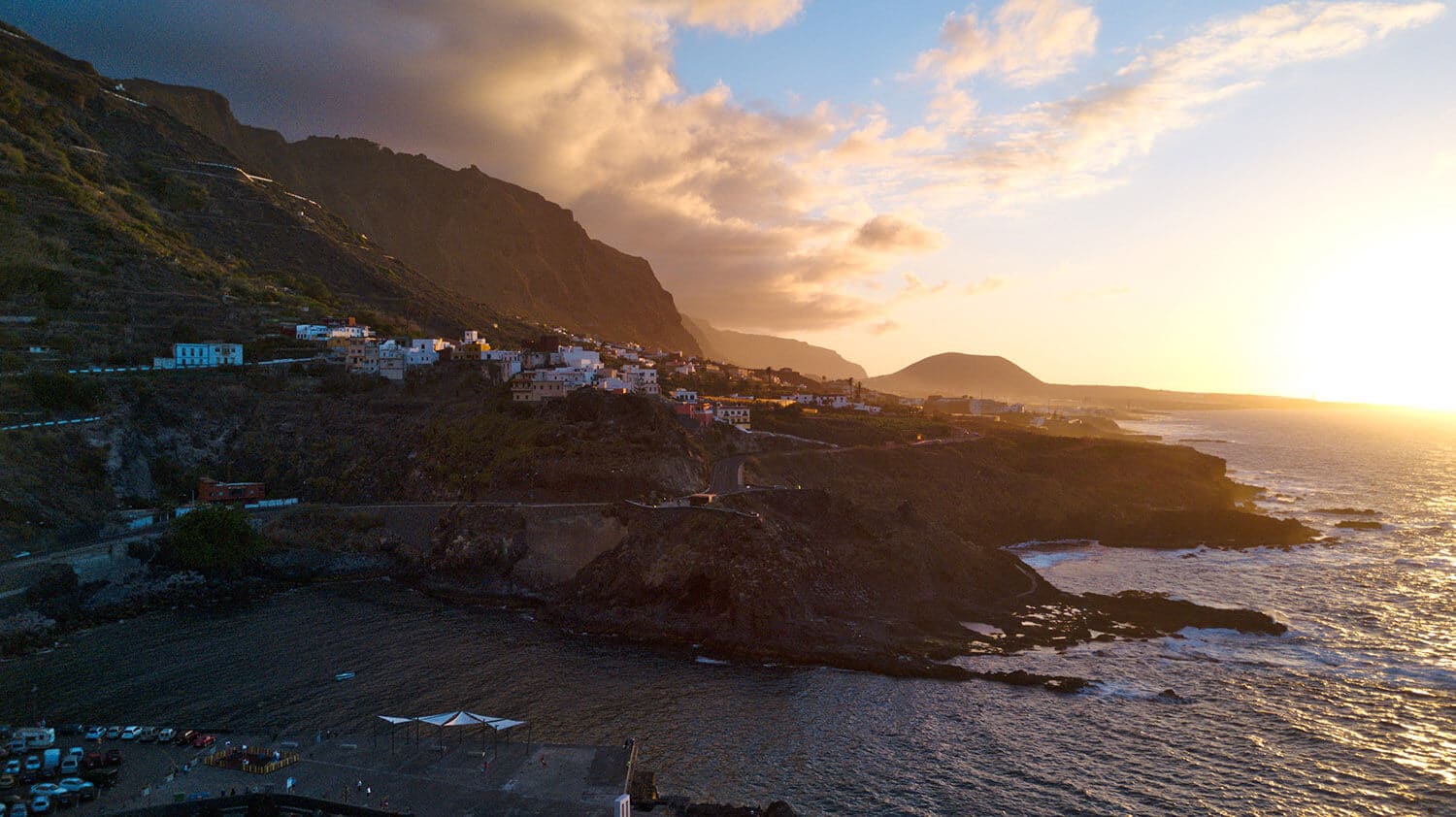 The island offers a lot of activities, including surfing, diving, and snorkeling. You can hike the breathtaking Teide volcano, and the Atlantic is an excellent place for spotting dolphins. Visiting Tenerife in February will give you a unique opportunity to see the vibrant Santa Cruz carnival. 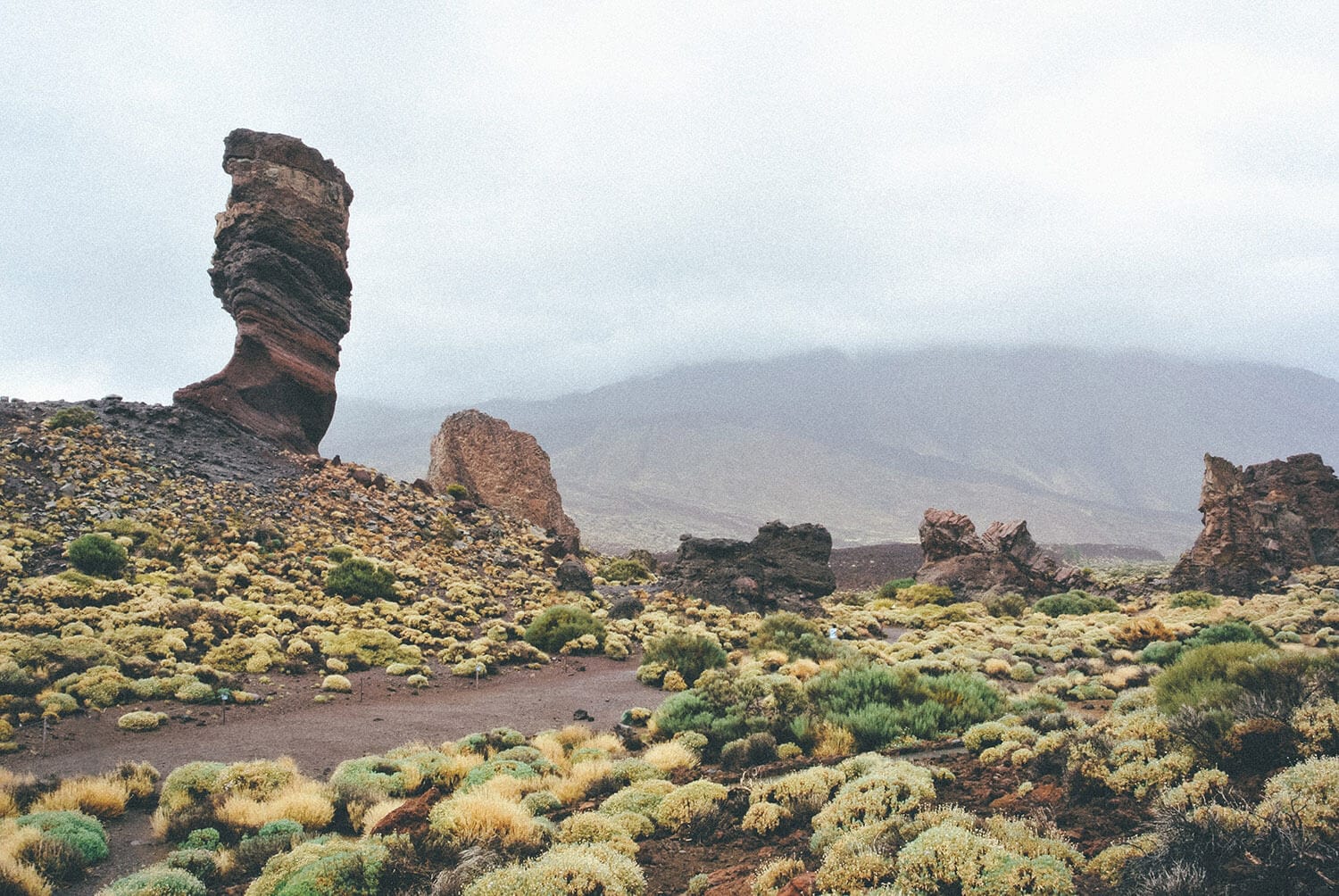 The Bavarian capital is famous for its Christmas markets. Throughout December, Munich hosts dozens of markets, from traditional ones located around Marienplatz and Viktualienmarkt squares to alternative artsy fairs. Not surprisingly, Munich is a great place to do your Christmas shopping. Here you’ll find everything from artwork, handmade toys, jewelry, and decorations to mouth-watering food and drinks.

In winter, Germans fancy sipping Glühwein, the hot wine flavored with spices. The Bavarian beer is also a must-try. For a pint, visit Hofbräuhaus am Platzl, the famous beer hall built in the 16th century!

In December, the Austrian capital gets into the Christmas mood as well: Viennese Christmas markets have long-standing traditions. The biggest markets settle down around the main tourist attractions: in front of the Vienna town hall, Schönbrunn and Belvedere Palace. 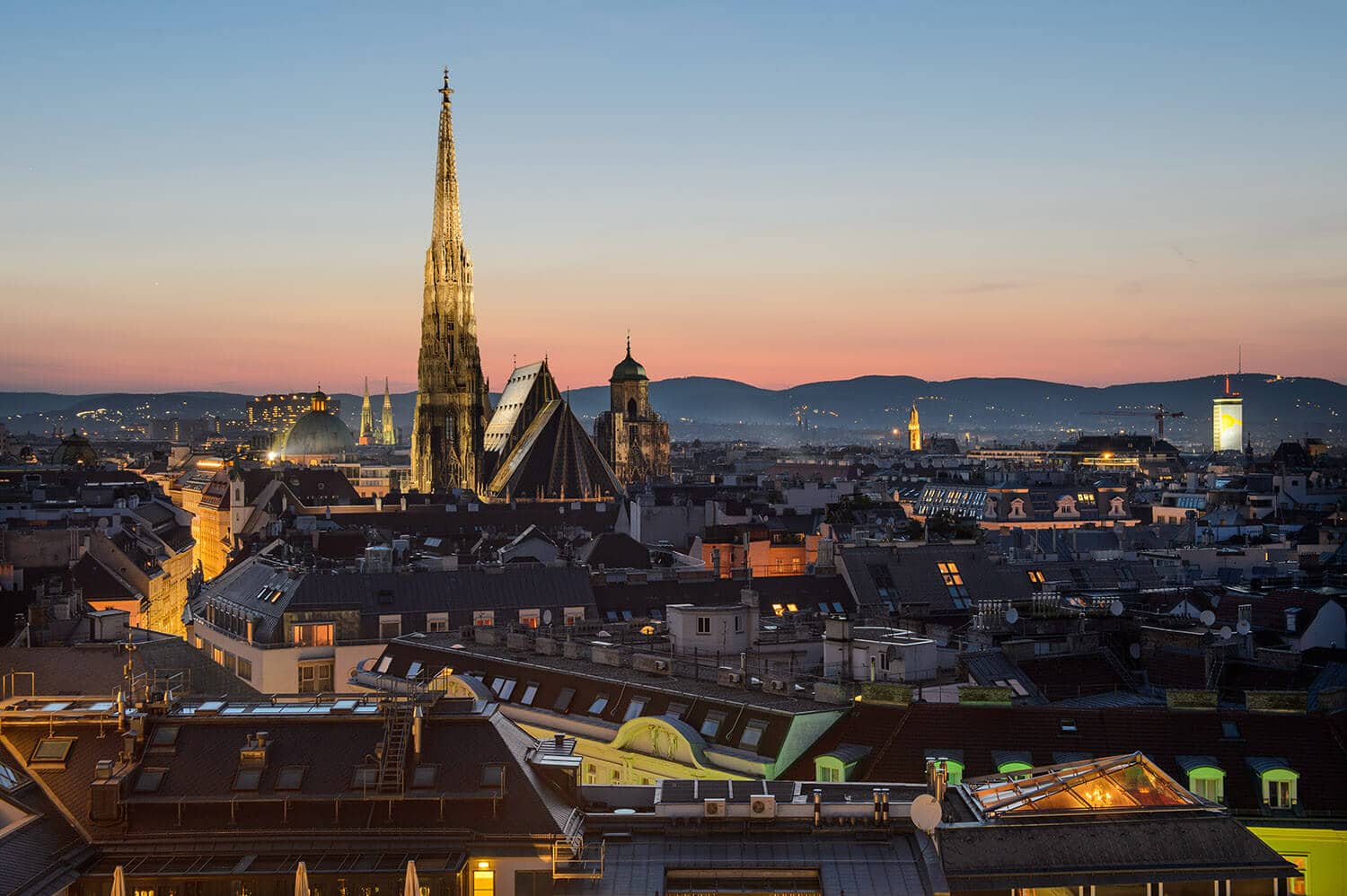 The Austrian capital is also famous for its epic New Years’ celebration. On the big night, the city turns into one huge party, and the Vienna opera is broadcasting its program live on a giant outdoor screen. Throughout the winter, there are a few ice-rinks in the city, and to warm up, hit one of the traditional Viennese cafes (Wiener Kaffehaus). The Viennese coffee-drinking culture is even included in the UNESCO cultural heritage list. 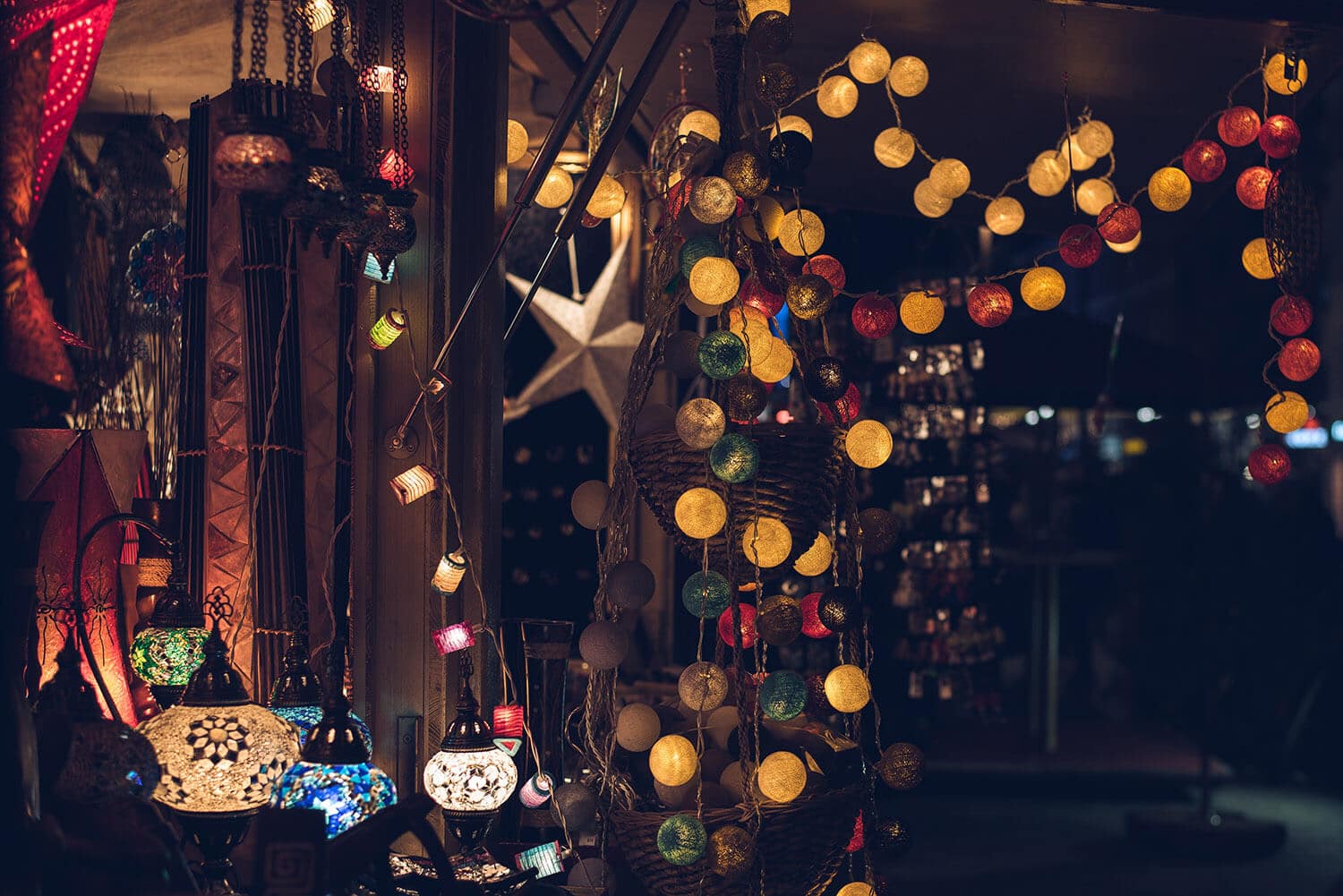 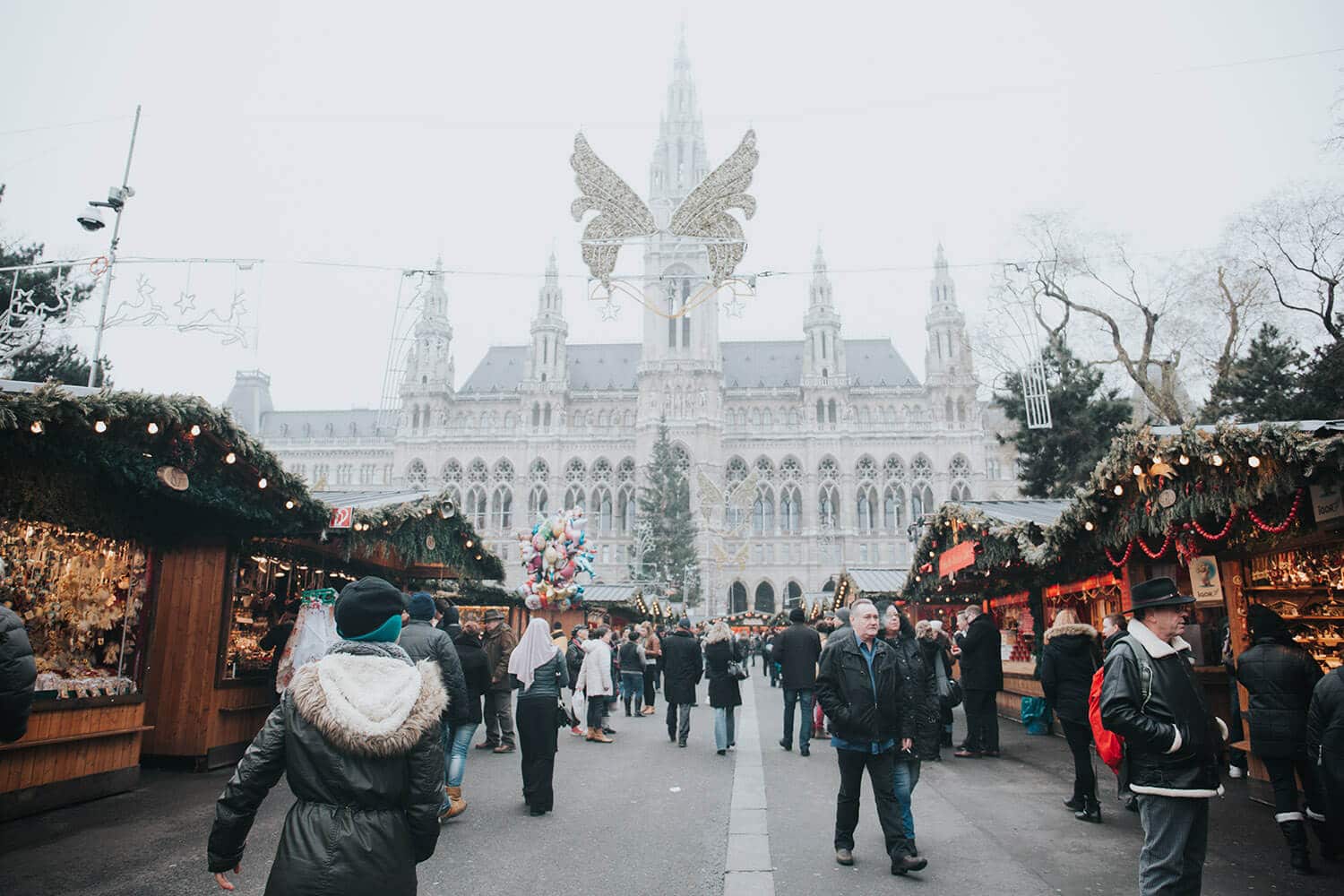 Those who want to see the real Christmas fairytale should visit Lapland, the northernmost Finnish region. One of its towns is called Rovaniemi – that’s the place where Santa Claus himself is residing. The old guy loves interacting and taking pictures with the visiting tourists. 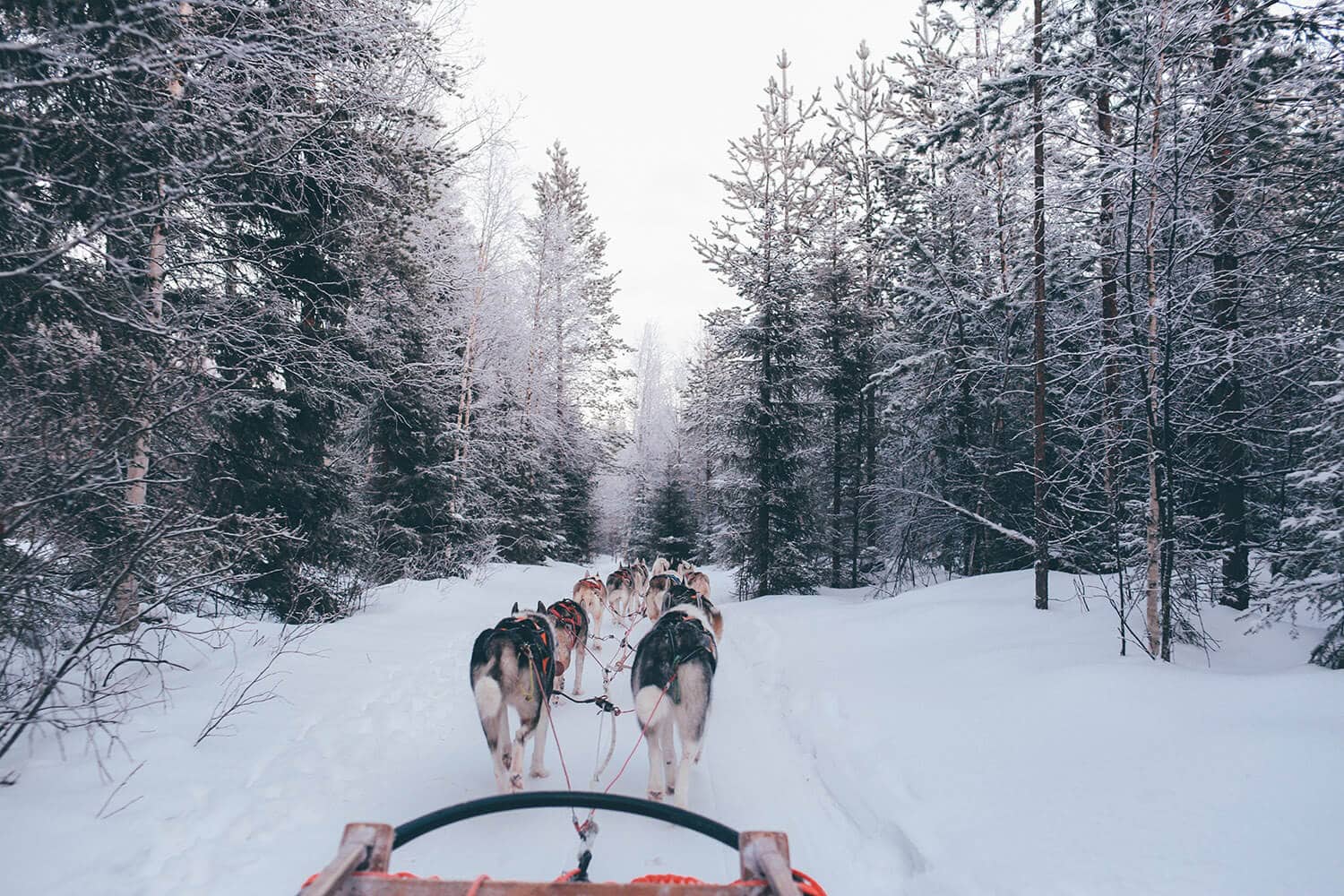 Rovaniemi is full of winter attractions: one can take a ride on a husky-pulled sled, build ice sculptures, or visit an igloo hotel. Lapland is also a great place to observe the Northern lights: in Rovaniemi, they can be spotted from August till April.

Often called the capital of the Alps, Innsbruck is one of the best winter destinations. Surrounded by mountains, Innsbruck region has 32 ski resorts, and 260 kilometers of slopes, served by 121 cable cars. No wonder this Austrian city hosted the Winter Olympics twice: in 1964 and 1976. 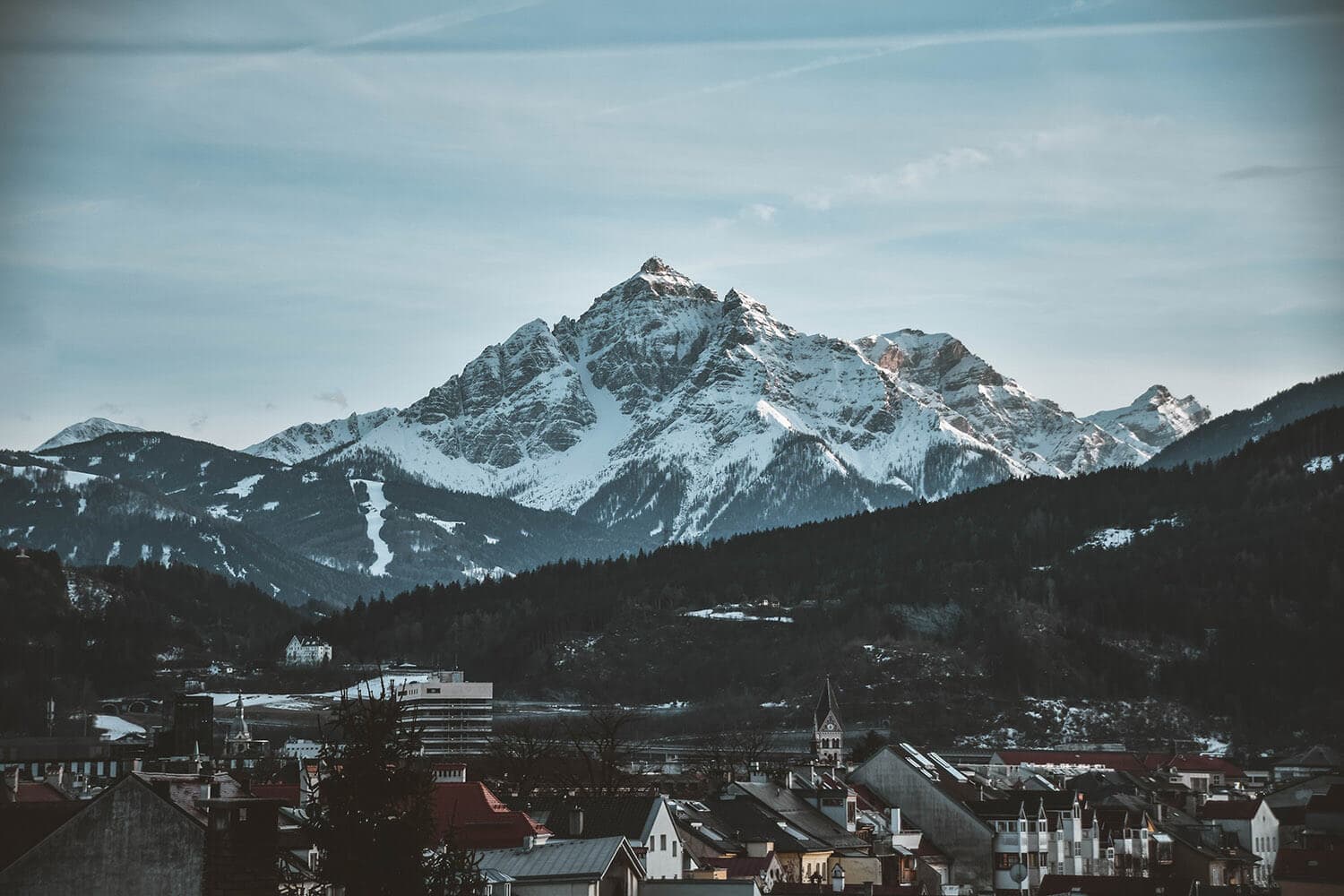 Innsbruck stands out from the other ski towns, as apart from skiing, it offers plenty of other activities. Rich in history, Innsbruck is proud of its imperial palace, renaissance Ambras castle, rococo-style Wilten cathedral, and colorful old town. Being a university town, Innsbruck has a vibrant nightlife as well.

One of the tiniest countries in the world, Andorra is squeezed into the Pyrenean mountains between France and Spain. With more than 300 kilometers of ski slopes and lots of other activities, Andorra is an excellent winter destination. 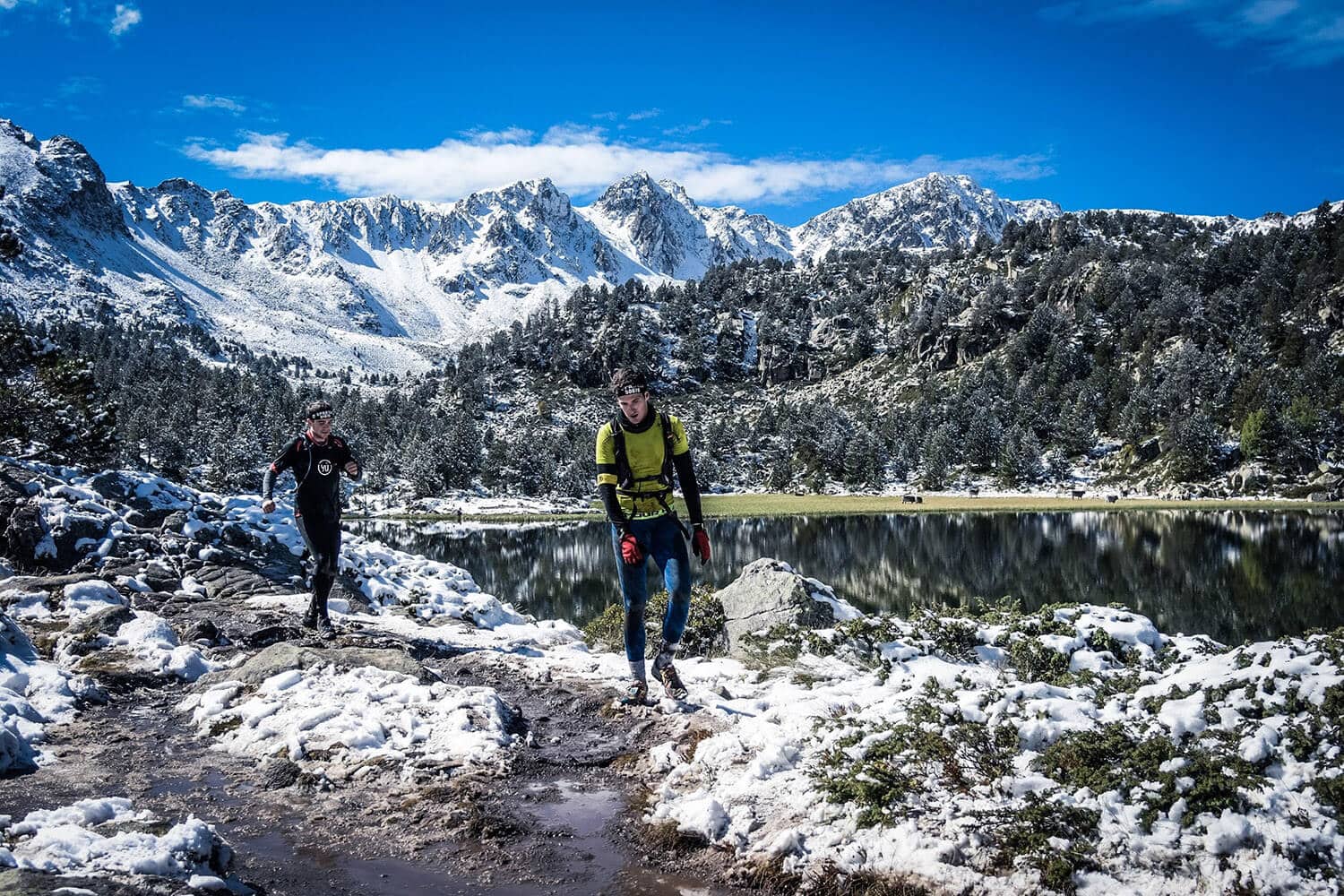 Those looking to boost up the adrenaline can try zip lining, sliding down the slopes with enormous inner tubes or sleds. Kids will definitely enjoy building igloos or visiting the Naturlandia animal park, where one can meet wolves, elks and other wild animals living in their natural habitat.

Visiting Venice in December or January might be a pretty good idea. One of the most touristic cities in the world attracts tourists all year round, yet in the cold season the crowds are slightly smaller and the prices are more affordable. Without other travelers getting into your way, you’ll be able to take pictures in the Piazza San Marco, the main square in the city, go on a gondola ride, or enjoy the freshly-baked pizza. 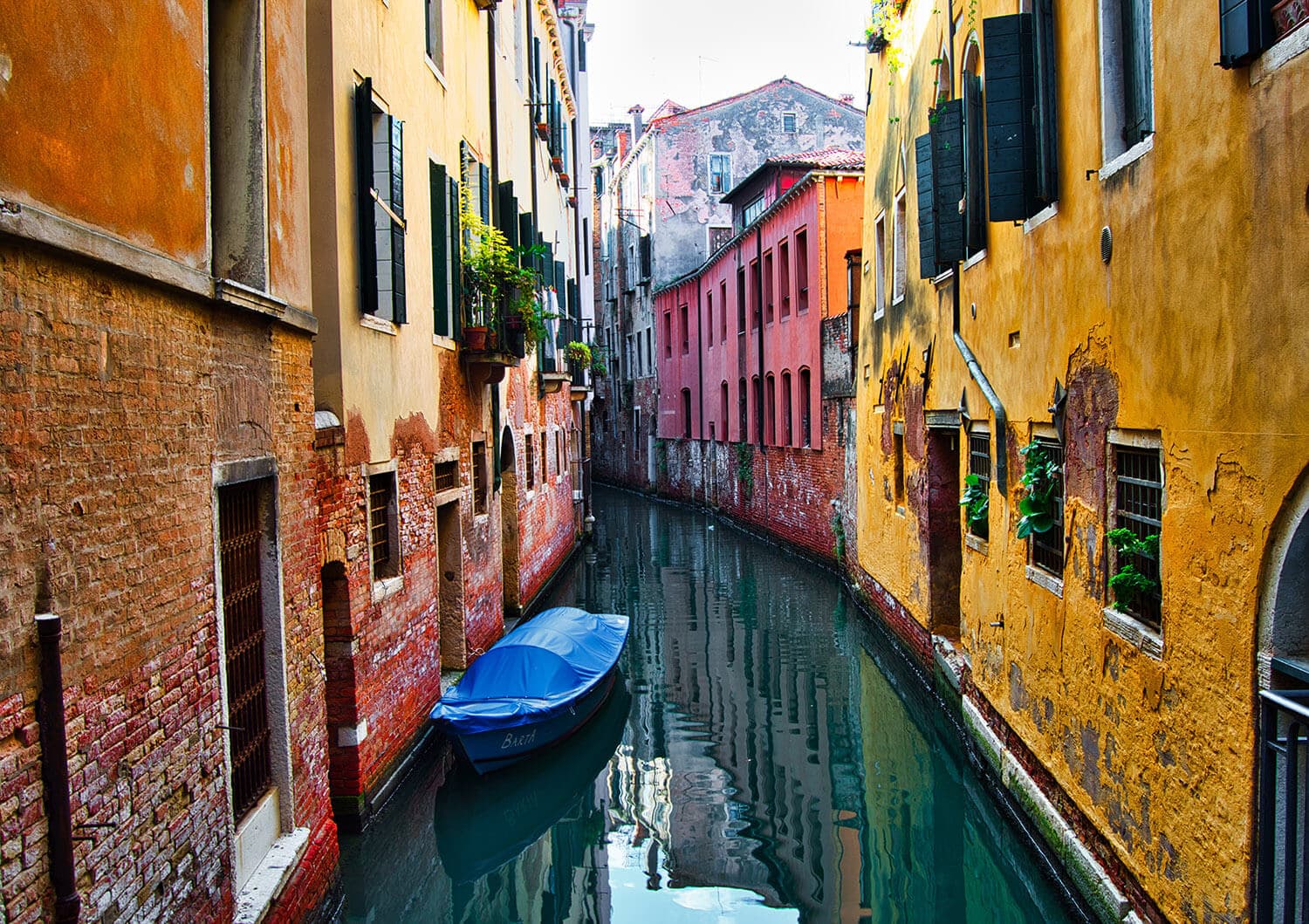 Everything changes in February, when Venice hosts its world-known carnival. Even though the event lures lots of tourists, the carnival participants with their elaborate costumes and spooky masks are a must-see spectacle.

Often referred to as the European sin city, Amsterdam has to offer much more than just a vibrant nightlife. The Dutch capital is full of amazing architectural sites, museums, and cultural activities. Exploring the city on a bike or taking a boat ride in one of the Amsterdam’s canals is possible year-round since the temperature never drops below zero. 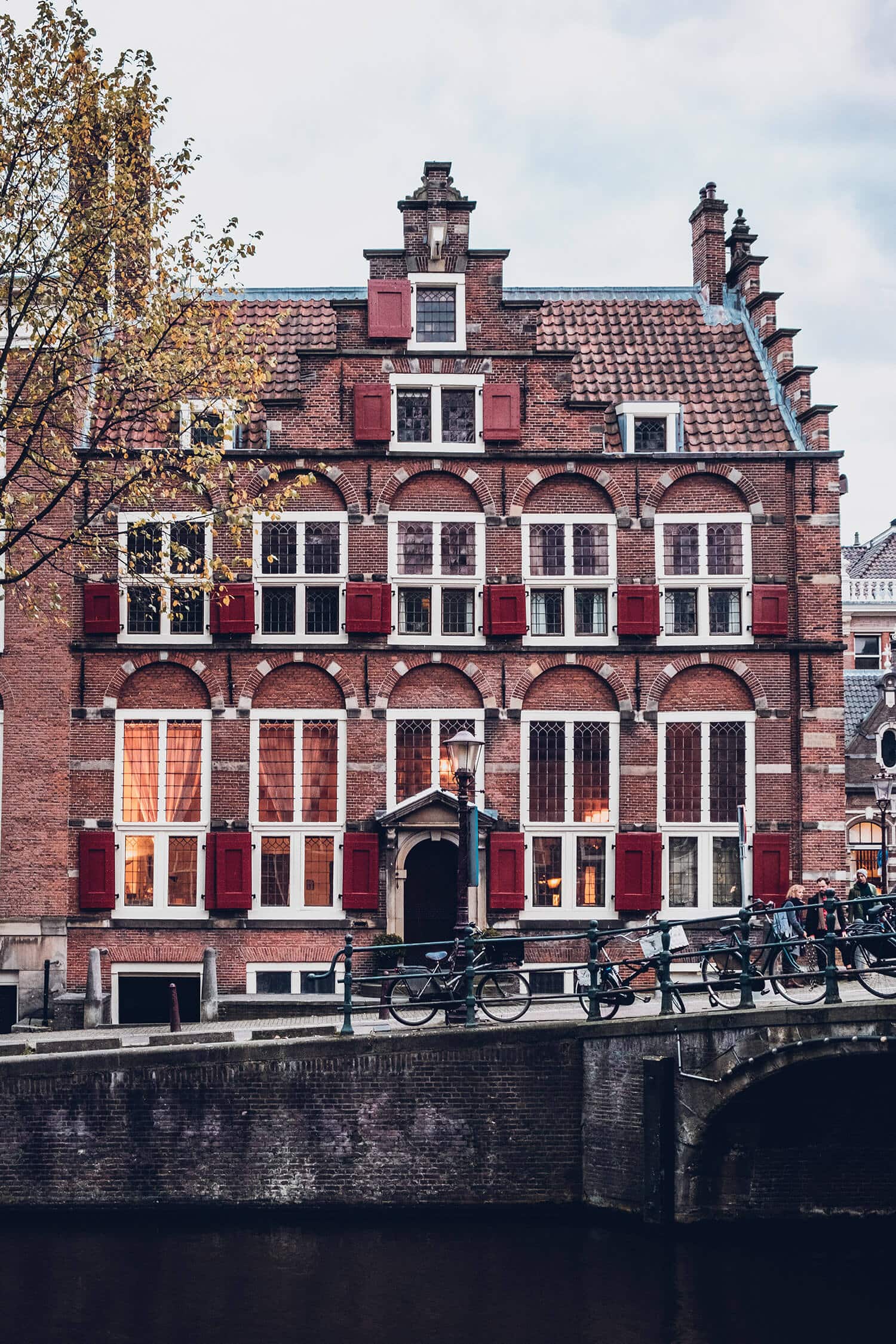 One of the reasons to visit Amsterdam in winter might be the majestic Light festival. Starting in the middle of November and lasting for the whole two months, this event turns the city into a luminous artwork spectacle. 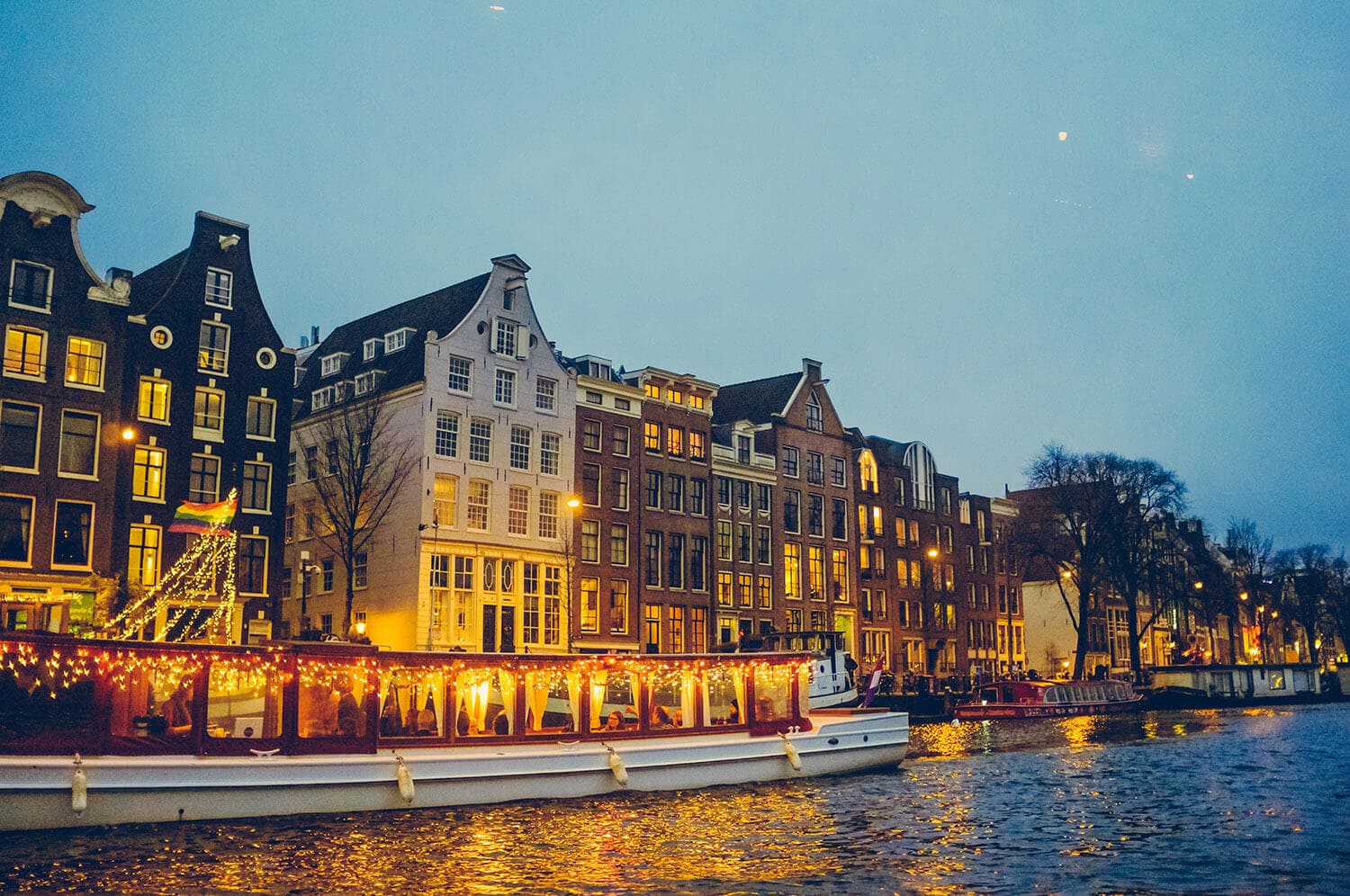 Eze is an old and romantic village located on a hill just around 12 kilometers fr...

END_OF_DOCUMENT_TOKEN_TO_BE_REPLACED

Holidays in Israel: 5 Resorts for Every Taste

Israel might sometimes seem like some far-away land, but actually, it’s quite easy to reach. Airlines from all around the world fly to ...