13 Travel Movies That Will Inspire You to Travel Long-Term

How do you plan your trips? Just by pointing your finger on a map? Are you following the best flight and hotel deals? Or maybe you just pack your bag and go wherever the destiny takes you?

Some people plan their trips when they hear great reviews from their friends or family, or once they see an amazing movie about traveling. Lots of people admit that adventures changed their lives and enriched their souls.

So let’s review some of the movies that will inspire you to travel
long-term.

The movie is based on Cheryl Strayed’s memoir “Wild: From Lost to Found on the Pacific Crest Trail“ that was adapted for the screen in 2014. It tells a story of 22-year-old Cheryl that turns to depression and drugs after her mother passes away from cancer, and she herself gets divorced. Four years later, wishing to turn her life around, Cheryl decides to go alone on a 1,1 thousand miles (1771 km) journey along the Pacific ocean, on the famous Pacific Crest Trail.

The story starts with a painful incident. An American doctor named Tom comes to France to take care of his dead son’s remains. The son died during a storm while hiking El Camino de Santiago. Instead of going back to America, Tom decides to continue his son’s hike. He unexpectedly finds a difference between the life that we choose and the life that we actually need to be living. It’s a movie that will let you feel all kinds of emotions, but won’t be based entirely on sentiments.

This movie tells the story of a good student Christopher that had just finished university. Instead of concentrating on his career, without even telling his family, Christopher decides to destroy all his credit cards, donate all of his savings ($24,000) to charity, and go on a two-year-long journey to Alaska. The movie is based on the same-title Jon Krakauer’s novel.

This biographical drama is telling the story of young Ernest Che Guevara, and how a simple guy became a revolutioner. The story starts in 1951, in Argentina, where young Ernest and his friend, before finishing their studies, decide to take a trip around South America. Two buddies pack their modest belongings, jump on an old, pretty battered motorcycle, and set off on a journey through Argentina, Chile, Peru, Colombia, Brazil, and finally, Venezuela. The old motorcycle gets broken on every curve, and the guys constantly have to stop on roadsides where they get themselves into various situations. This is a wonderful story about getting to know your continent.

This movie is great for those who wish to know more about Australia. It is based on a true story of a woman named Robyn Davidson, who sets off on a-2700-kilometres journey through the Australian desert and towards the Indian ocean. At first, her travel companions are only a dog and four camels. Later, “National Geographic” gets interested in her adventure and sends a photographer to document it. Even though initially Robyn is not satisfied with the new companion, they become friends. This movie is about a journey that helps you escape, change your surroundings and try to solve your problems.

After his mom’s death, a young guy named Vincent, who has a Tourette syndrome, starts feeling worse and finds himself in a psychiatric rehabilitation center. Here he meets Maria, a girl that is treated for anorexia, and Alex, a guy that suffers from an obsessive-compulsive disorder. Together with the head doctor and Vincent’s dad, the group of five sets off on a rule-breaking journey. Their goal is to reach the Pacific ocean where the ashes of Vincent’s mom will be scattered.

After finishing high school, Coner is planning to marry his high-school sweetheart. Unfortunately, his plan falls to pieces and he sets off on his “honeymoon” all by himself, after buying the first ticket he finds which takes him to Nicaragua. During the trip, Coner meets a couple that is planning to cross the Darien Gap in a record-short time and decides to join them. This is an indie-movie about real travel passion – the one that is changing both you and your life.

The movie starts in a doctor’s office where the main character Ben finds out that he has fourth-stage cancer. Before starting his treatment, Ben decides to buy a motorcycle and sets off on a trip from Toronto to Tofino in British Columbia. This movie is about a personal journey, that is also full of wonderful views and must-see sights. By watching it, you’ll be able to see the most beautiful places in western Canada.

This is Wes Anderson’s emotional comedy about three brothers that set off on a journey to strengthen their relationship. They take a train and travel through India, at the same time looking for their long-lost mother and getting themselves into various comedic situations. This movie is full of small details. Every little thing the brothers take out of their luggage, every song and every poem quote you’ll hear in the movie has a significant meaning. Before watching this movie, it’s worth watching another Wes Anderson’s movie called “Hotel Chevalier”. Both of them have one detail in common, and “Hotel Chevalier” will give you important information to better understand “The Darjeeling Limited”.

This classical film won’t leave you unsatisfied. Two severe cancer patients played by Morgan Freeman and Jack Nicholson decide to break the rules and spend their last days the way that they want. Nicholson’s character is a millionaire that starts talking to his hospital companion, played by Freeman. It turns out that both of them have a bucket list full of things they still wish to experience – like playing poker in Monte Carlo, eating a lot of caviar, or driving the fastest cars. By doing all of this together, the two characters form a truly wonderful friendship.

This movie is a must-see for those who dream about experiencing wildlife in Alaska. The main character is a 14-year-old Makenzie who is sent to spend her summer vacation with her uncle in Juneau, Alaska. The two don’t get along and Makenzie decides to escape back to Seattle. However, she accidentally wanders deeper into Alaska where she meets a lone traveler Bartlet and continues her journey with him, wishing to eventually come back home. The beautiful views and journey that helps to deal with trauma will capture your attention.

After coming back to the USA, instead of retiring, Bill decides to set off for his last adventure – hiking the 2200-miles-long (3540 km) Appalachian Trail. His old friend Katz who is trying to avoid taxes and is expecting to have some adventures joins him as well. The problem is, Bill wishes for a peaceful and quiet experience, so the two friends have very different expectations. And that’s where the fun begins.

Four travelers set off on a trip to the Amazon jungle in Bolivia. Initially, it looks like a dream-come-true, and the travelers expect to find a mythological Indian village. But soon it all turns out to be a nightmare. After an accident, one of the travelers named Yossi is left all by himself in the jungle, and the only thing that can help him survive is his instincts. The journey through the jungle helps Yossi start trusting himself since mother nature has lots of deadly challenges aligned along the way. This movie is based on a true story that happened to Yossi Ghinsberg who also wrote a book about it.

Map with pins to track your travels 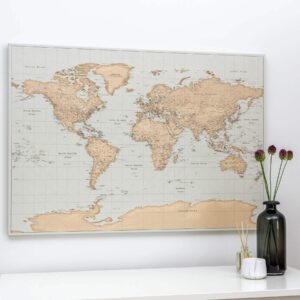 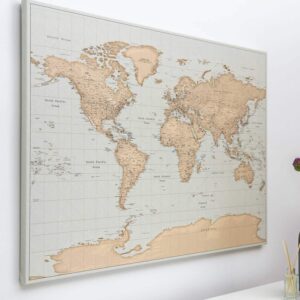 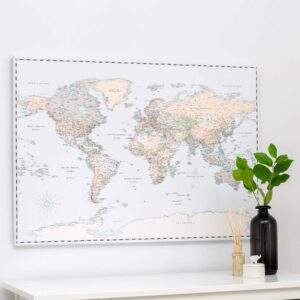 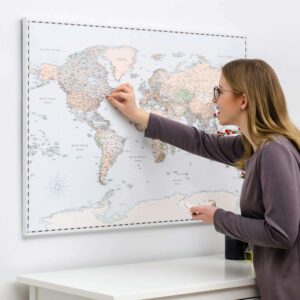 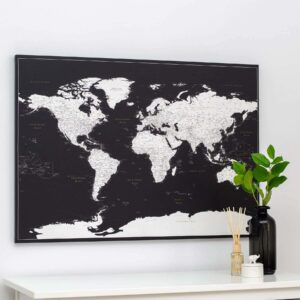 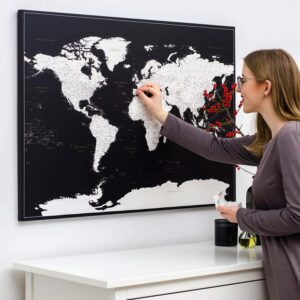 €149.00 – €299.00
Tags:
Travel Movies
Facebook
Twitter
Google
Email
Pinterest
Newer Long weekend in Krakow: best museums, places to visit, and cafes
Back to list
Older Eze Village – Places to Visit and How to Get There from Nice

close
Start typing to see products you are looking for.

close
Scroll To Top
We use cookies to ensure that we give you the best experience on our website. If you continue to use this site we will assume that you are happy with it.Yes. Close the messagePrivacy policy